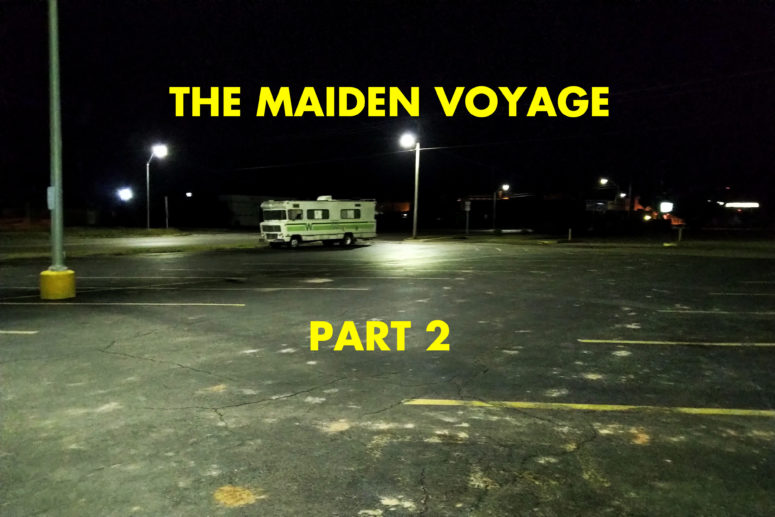 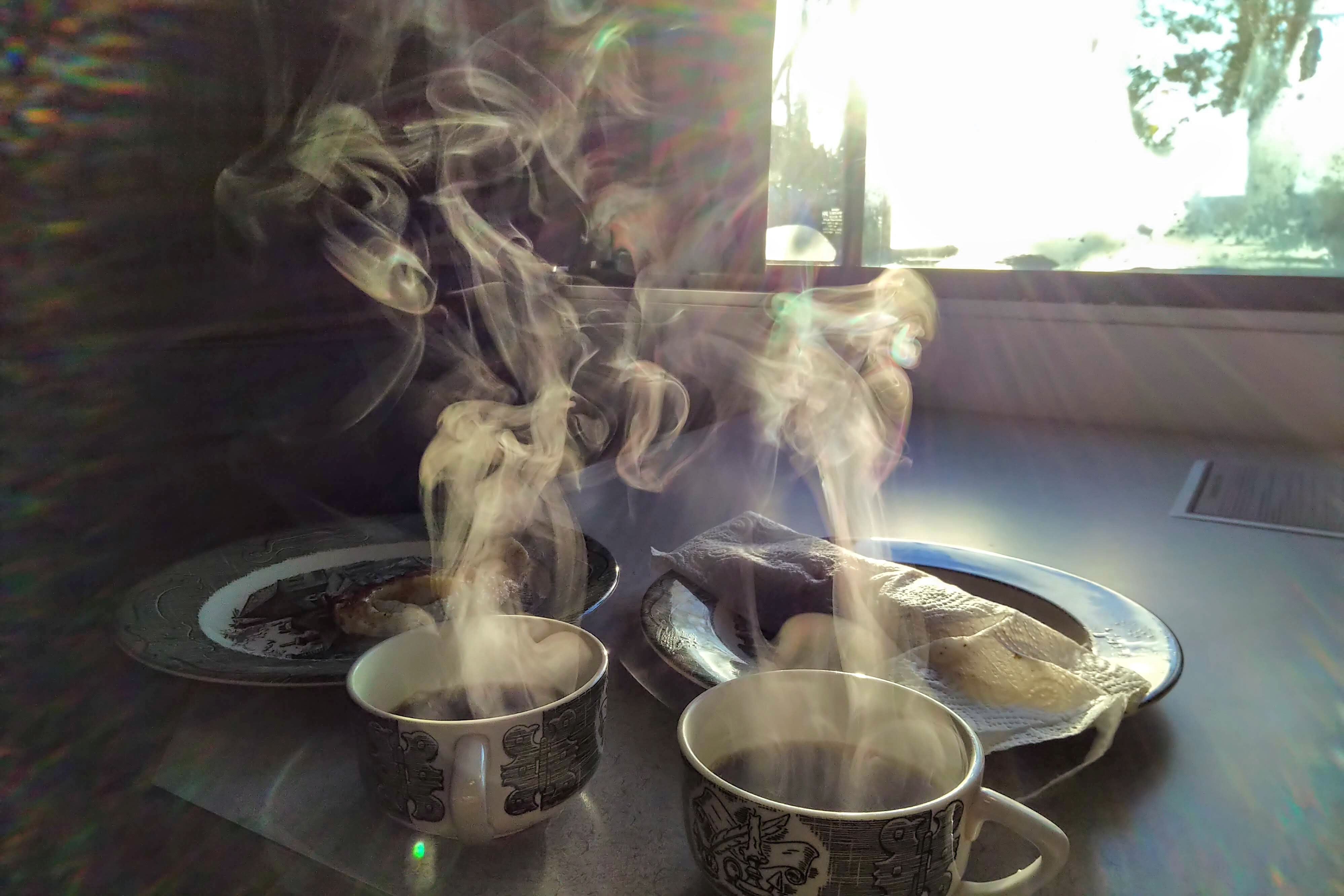 We continue the inaugural RV adventure from last time.  Sunday Morning broke at the RV park in Guthrie, Oklahoma, and bacon and eggs were prepared in short order.  We enjoyed an unhurried morning, then finally disconnected our utilities and rolled on towards town.

After a pit stop at Zion Lutheran Church in Guthrie (and an obligatory pot luck), we headed south to Oklahoma City and the National Cowboy and Western Heritage Museum.  It’s really a first-rate collection, and getting in on one of the guided tours adds a lot to the experience.  John Wane contributed heavily to the collection, and I personally enjoyed the film area of the museum immensely, which featured props and outfits from many famous westerns. 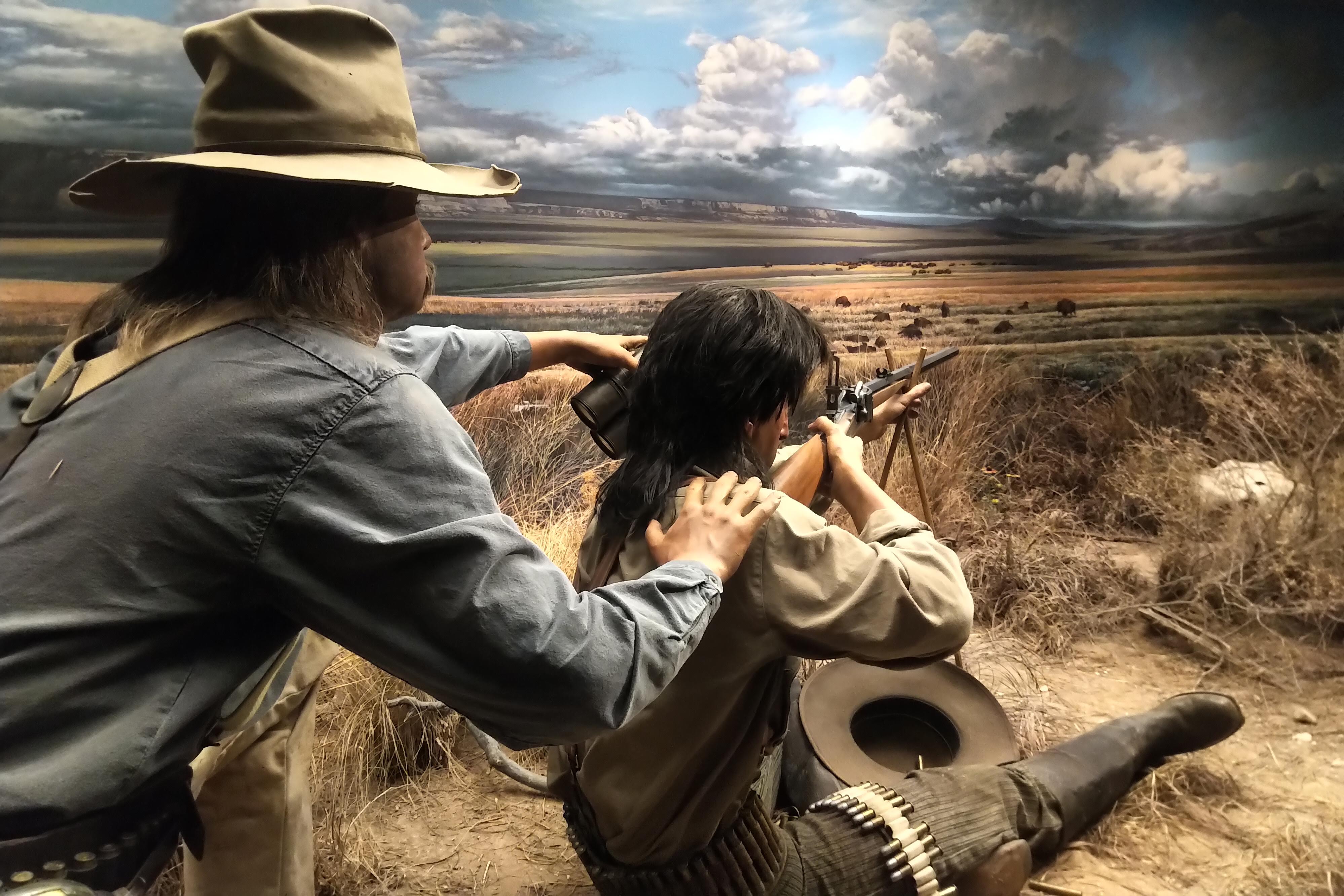 After a quick stop at an OKC outlet mall to satisfy all members of the party, we headed North for a cruise back to Wichita.  Everything seemed to be running fine until one of the alternator bearings started “talking” to us.  Shortly after those unnerving squeaking sounds started, I noticed a couple of orange flashes accompanied by much louder shrieking coming from under the engine cover between the driver’s and passenger’s seats.  This was, indeed, the sound of one of the bearings seizing in the alternator.  The first roadside emergency – this was turning out to be quite a trip!  I turned the engine off and pulled to the side of I-35 and got the added benefit of driving the vehicle a short distance without power steering or power brakes.  Thankfully, the designers of the Dodge RM-400 chassis made the vehicle with a separate belt to drive the alternator.  A quick cut with a pocket knife took the failed alternator out of the equation and we were able to limp along at 30 miles per hour towards Perry.  The self-imposed speed limit is because any faster would cause the single belt now driving the water pump to start slipping.  Oh, and the door flew open as we were getting back up to speed on the highway.  That will soon be rebuilt anyway to prevent that from happening again.  How exciting!

As you may imagine, not much is open in Perry, Oklahoma on a Sunday night, including the town’s only auto parts store, which didn’t open until 7:30 a.m. the next morning.  So, we were going to have our first boondocking experience on this trip as well.  What joy.  The night spent in the Homeland grocery store was not quite as comfortable as the previous, but it was honestly not bad, despite being in the 40’s outside. 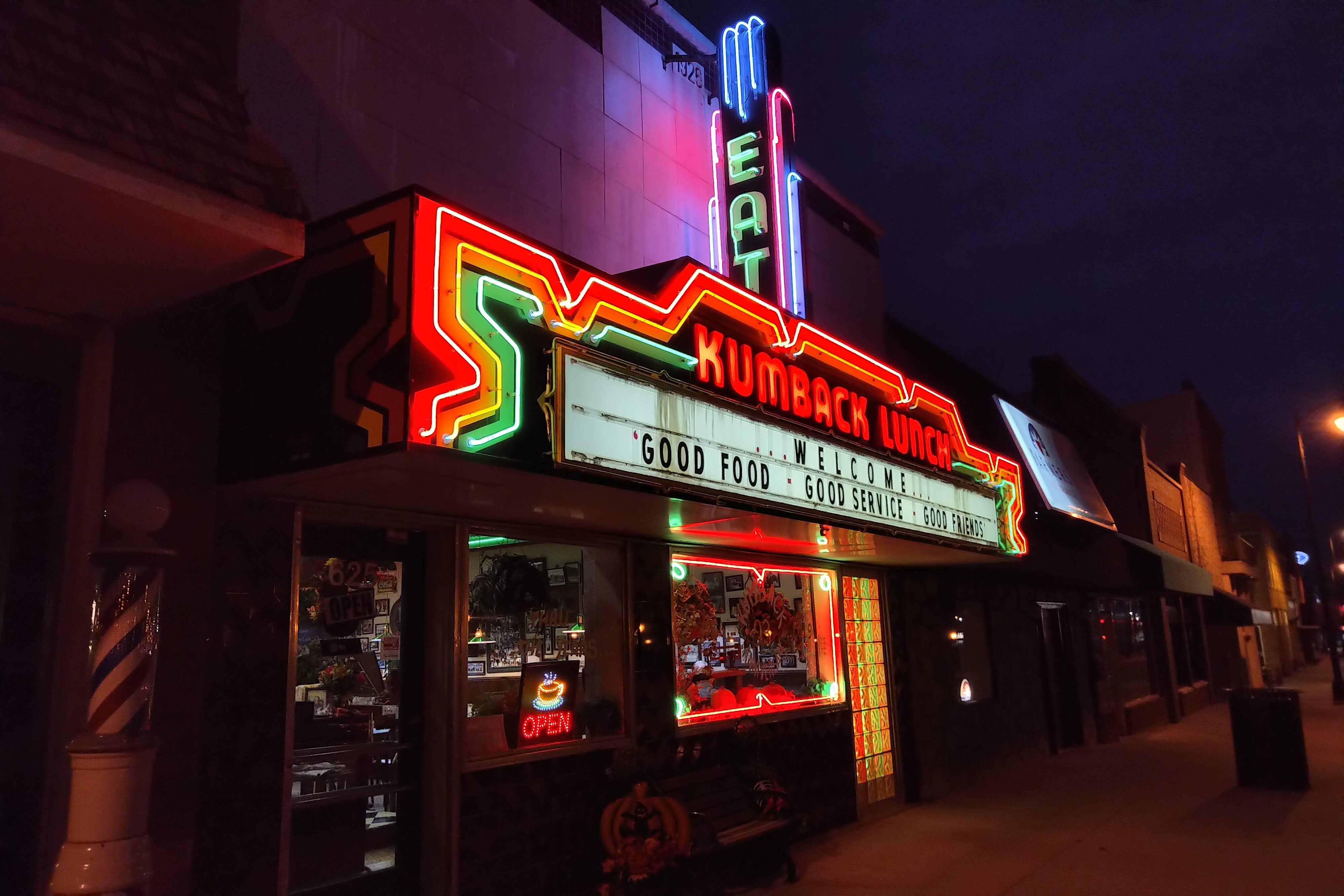 The silver lining of stopping in Perry was a chance to eat at the Kumback Lunch, which despite the name, is open for all meals – including breakfast at 6 a.m.  This place is always a favorite stop on the way to OKC, and it came in especially handy, being one block from where we parked overnight.

After breakfast, the O’Reilly’s opened up and the friendly folks there were able to get a new alternator from Stillwater by 11 a.m., which gave us several hours to kill around the courthouse square.  After some enjoyable exploring on that rather brisk Monday, the alternator arrived and was installed after a few trips back and forth across the parking lot to the adjacent O’Reilly’s.  I must say, everyone in Perry bent over backwards to accommodate us during our unexpected stay.  In fact, I’m not sure I could think of a nicer place in which to break down.

So that’s it – after everything was in, we set for home, making a pit stop for lunch at Mary’s Grill in Tonkawa.  I’d say it was an excellent shakedown cruise, because we really got a taste of almost everything, including an inaugural visit to a dump station, which I almost forgot to mention.