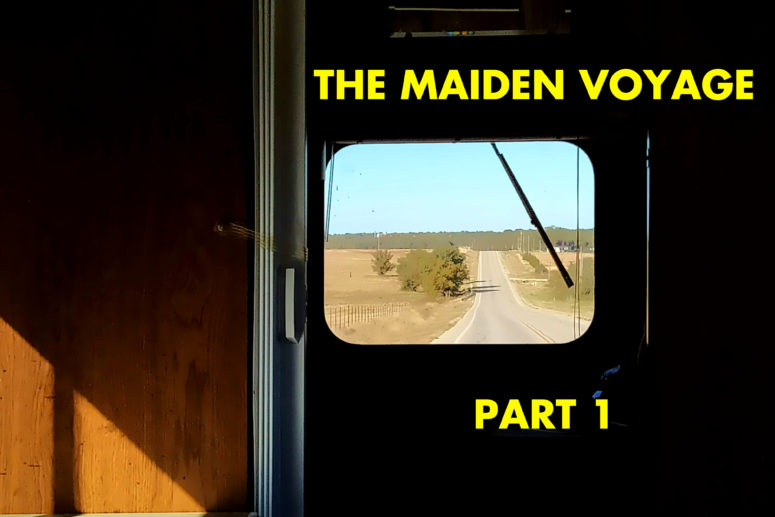 The day finally came to take the Winnebago out on her first journey over 100 miles since I bought her.  The destination: Oklahoma.  Since my folks have been so instrumental in this restoration process, I figured they had earned their ticked aboard the vehicle.  The three of us set out from Wichita, KS around 1 p.m. after performing the final checks and loading everything in.  The plan was simply to spend the night in an RV park in Oklahoma and come back the next day (Sunday).  After a trip to the gas station and topping off the aux tank (17 gallons), we were on our way!

The primary purpose of this trip besides testing out the rest of the on-board systems was actually to get the flat spots out of the tires, which had developed from the vehicle sitting so long.  At certain speeds, the flat spots create a shimmy that’s quite noticeable.  I’m happy to report it was successfully reduced, although we still have some work to do on that regard.

We opted to take old US 81 (which turns into US 177 near the Oklahoma border) instead of the Kansas Turnpike for obvious reasons including speed, since we didn’t plan on going over 60 miles per hour on this trip.  It’s a good reminder to anyone unfamiliar with these vehicles that they are loud!  Almost as loud, in fact, as the cockpit of a Cessna 182. 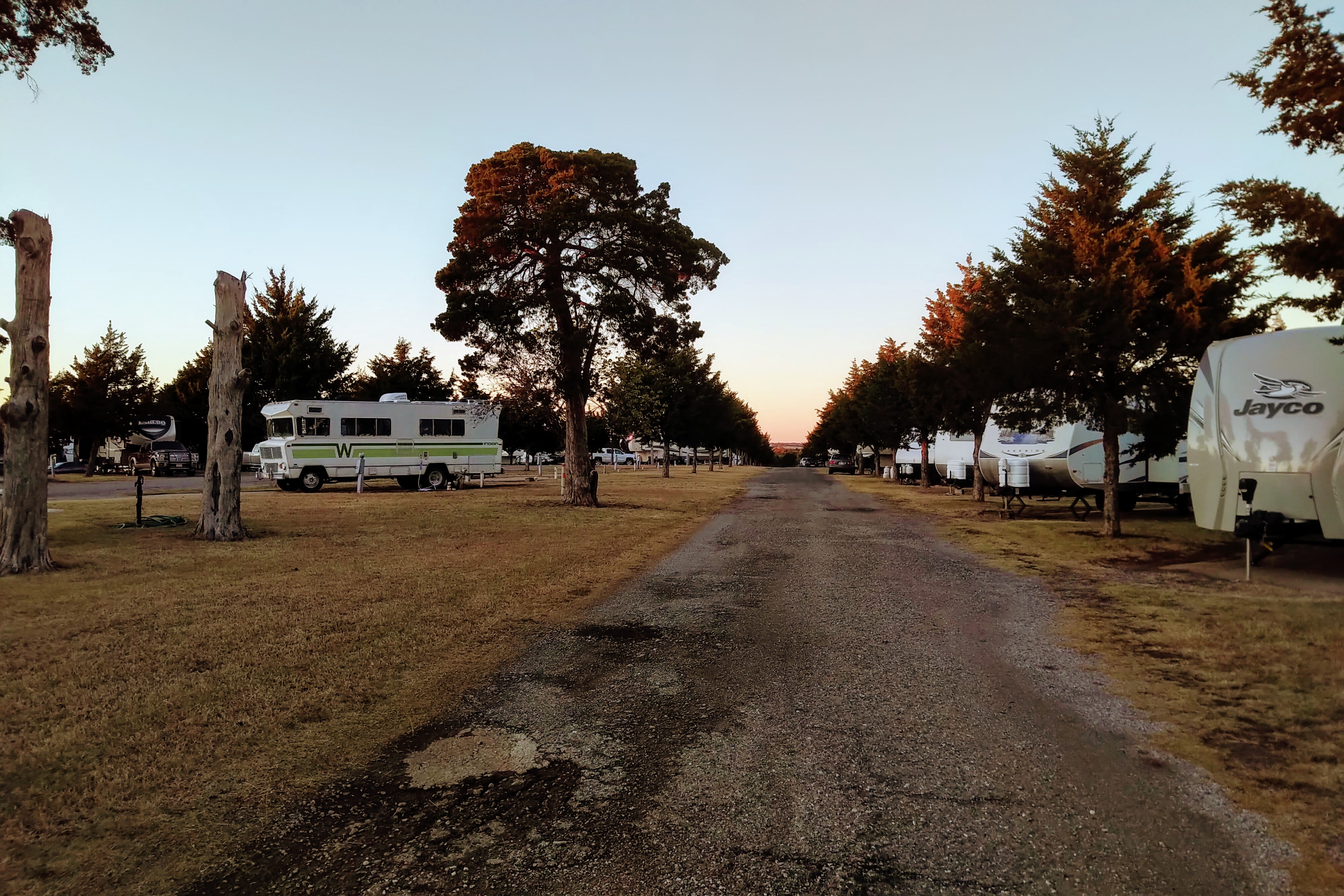 Several hours later, we arrived at the Cedar Valley RV Park in Guthrie, Oklahoma.  The Winnebago certainly stood out among a sea of nondescript Jaycos and Fleetwoods.  This was actually my first time setting foot in a dedicated RV park (as opposed to a “trailer park” which has more modular homes).  Despite the number of campers (close to 80), it was very quiet and people kept to themselves.  Some were obviously planning to stay the winter as they had everything insulated and 420 lb propane tanks outside their vehicles.  One thing the average person might overlook is your RV water supply during the winter.  Each site has a spigot, and people get creative with ways of insulating their fresh water supply lines.  It did not get below freezing while we were there, but a sign at the front desk reminded visitors to top off their fresh tanks and disconnect hoses if they don’t have a way of insulating the spigots, as it can cost $200 to replace them.

After fresh and wastewater connections were made in addition to 30 amp electrical service, meal preparations could commence.  The Indian galley is equipped with a 3-burner Coleman stove and oven, double sink, microwave and 3-way power Norcold refrigerator.  All were put to the test this trip and performed well.

The food didn’t turn out too bad either.  Not long after, it was time to fire up the Coleman furnace and turn in for the night.  Tomorrow was Sunday and none of us were quite expecting what would happen the next day.

To find out, stay tuned for PART 2 of The Maiden Voyage – coming soon!