Off comes the roof 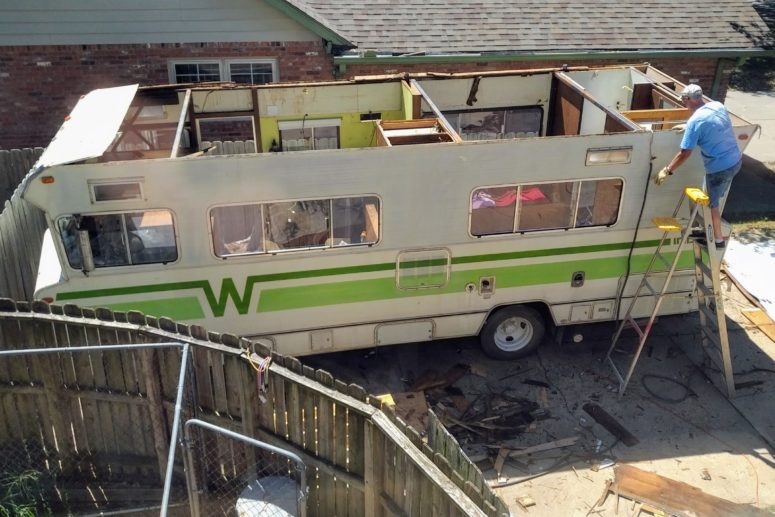 We’re past the point of no return – the QGoLive Mobile is now a convertible, at least for the time being.

It was just a few months ago I was watching videos of this process and hoping I would never have to do that – so naturally, here we are.

But when you see the water damage for yourself, as pictured at the left, there’s no arguing this was necessary.  The two original air conditioners were installed at rather weak points on the flat roof, and didn’t have much to keep them from causing the entire structure from sagging down, which invited water to pool and eventually leak through.

The hole you see in the middle of the picture with no damage around it originally contained a vent.  That area is much more structurally stable and will eventually house the much lighter replacement air conditioner.

This picture was taken after the aluminium skin was peeled off.  All said, it took three pickup truck loads to haul off everything that had been on the roof.

Next step is to construct the new roof, and a lot of design work has to take place between now and then.  Oh, did I mention much of the AC and DC wiring runs through the roof as well?  It’s a fun time.  Luckily, no rain in the forecast… at least not yet.  Knock on 70’s wood paneling.