Battle of the Apps at the WLHA Radio Reunion 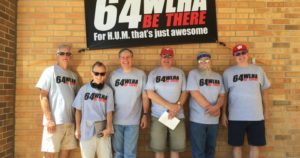